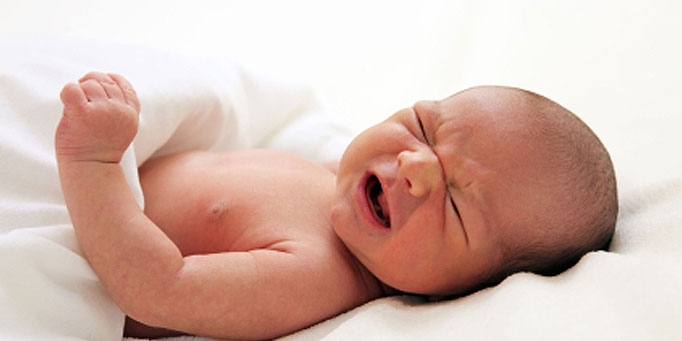 We’re coming up to Christmas, and I wonder if this is the time we think least theologically.

We even encourage young and impressionable people to sing a song whose menacing message still reverberates in our heads; probably the most heretical song on the song sheet.

It’s a recipe to bring embarrassment, frustration and disappointment to parents, which can only lead to guilt and resentment. It simultaneously convicts and condemns them for their poor parenting skills. I wonder why we tolerate such a blatant celebration of Docetism at a time when we perhaps ought to be focused on Jesus’ true and genuine humanity.

Docetism is one of those early heresies that crept into the church on the back of Greek philosophies which thought the material world distasteful, corrupt, something we needed to be saved from rather than something that God had created to be enjoyed.

The Docetists felt that God wouldn’t possibly, couldn’t possibly deign to take on a physical body. If Jesus was human, then it was in appearance only. No material, fleshly substance would be allowed to compromise the beauty and integrity of the glorious God. 'Docetic Jesus' would be a perfect baby:

He would never fill a nappy and so wake crying and screaming his discomfort. Nor would he wake up hungry or thirsty and let his family know that he’d appreciate some attention.
He would never wake to a strange noise in the night and call out to his parents, as human babies might be inclined to, for comfort and reassurance.
He would never need help processing all that he’d seen, heard and done that day or that week in his dreams.
He would never need be in need of comfort when Mummy seemed a little stressed or upset, or when he hadn’t seen Daddy for a bit.
Nor would the Jesus of the Docetics wake up in the night and call out just to see if anyone was available for play.

In short, 'Docetic Jesus' never cried, and his parents never had an interrupted night’s sleep (not until the next child came along anyway).

The reality is, Jesus was not 'docetic', he was fully human and so could not simply goo and gaa himself back to sleep.

All babies, especially well-adjusted babies experience separation distress. The natural and appropriate response for a baby who is feeling stress is to cry. Well-adjusted babies know that if they communicate the fact that they are experiencing stress, they will be given the physical and emotional support they need. Babies need to know that friendly faces are nearby keeping them safe. They need to know that they are part of a family and that they haven’t been abandoned. Babies need the reassurance of touch, the comfort and warmth that comes from being held by a parent. This sort of reassurance will allow their stress hormones to dissipate and for sleep inducing chemicals like oxytocin and melatonin to be released again into their blood streams. This is what they need to get back to sleep. They also need repeatedly to experience being brought down from states of anxiety and distress to one of calm and comfort. If real babies are given this support and encouragement, particularly during the first few years of life, then the latest neuroscientific research suggests that not only will they eventually learn how to soothe themselves but they are also likely to develop good self-esteem (Cozolino, pp 97-114).

Cozolino distils the findings of the latest brain research to deepen and expand our understanding of attachment. He explains the science behind why it is that emotion-laden experiences in infancy and childhood have such a powerful impact on cognitive and emotional functioning throughout our lives. As the brain matures and neural pathways develop, emotional networks are integrated with sensory and motor systems. These pathways remain in place long after the experience is passed. This explains why a taste or a smell can trigger a distant emotional memory, or why a given movement or a pose can appear to be so threatening to one person and so welcoming to another. He explains why it is that being strongly attached to our parents confers so many cognitive, emotional and social benefits. His explanation is carefully illustrated with anecdotes from his clinical experience all of which underlines how important it is for children to be given every opportunity to experience secure attachment.

The brain changing over time

What may be of special interest to youth workers is Cozolino's discussion about the process of disorganisation and reorganisation that the teenage brain undergoes, a process which typically continues into the early twenties. Grey matter is lost while the amount of white matter increases. New neural networks and connections are established between different sites and regions of the brain allowing for faster processing. During this refurbishment the brain’s plasticity is especially enhanced. Cozolino suggests that it is this increased ability to grow and develop new pathways and linkages that allows individuals to be more open to establishing new attachments, to developing an independent sense of self and to move away from physical and emotional dependence on their family of origin (pp 41-45). He points to a growing body of evidence that the brain structures and neural pathways which support attachment are caught up in this renovation. What should be of interest to senior ministers is that this might be the hard science behind the reality that so many people come to faith in their late teens and early twenties, and why so many people who are older are so resistant to the Gospel.

Since Bowlby and Ainsworth opened up the field of attachment in the fifties the focus has been on a child’s attachment to their mother. More recently child-father attachment has also begun to be investigated and we can confidently say that a lot of what has been said about attachment with respect to the mother, applies equally when we are talking about the father as an attachment figure.

This is particularly important as we think of the theological value of Christmas and realise that in Christ God the Father offers himself as an attachment figure who will never let us down. 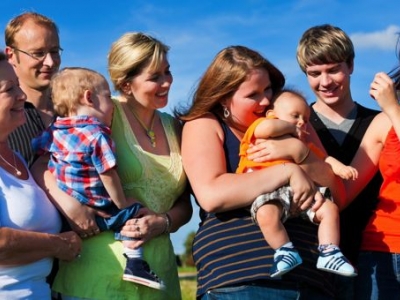 Six ways to be a godly godparent

Don't let your commitment to the child and parents end at the baptism service. 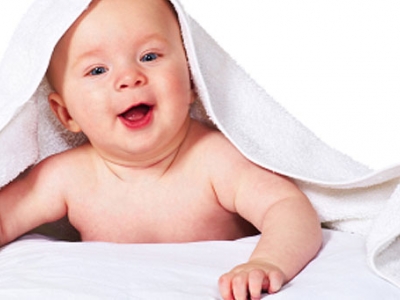 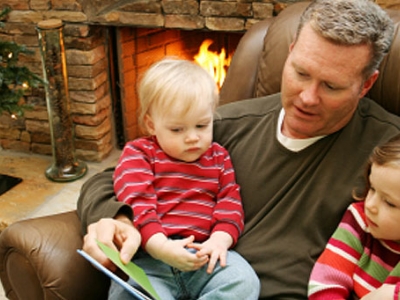 When life has so many demands, how is a modern Dad to stay on top of all of them?
ADVERTISEMENT