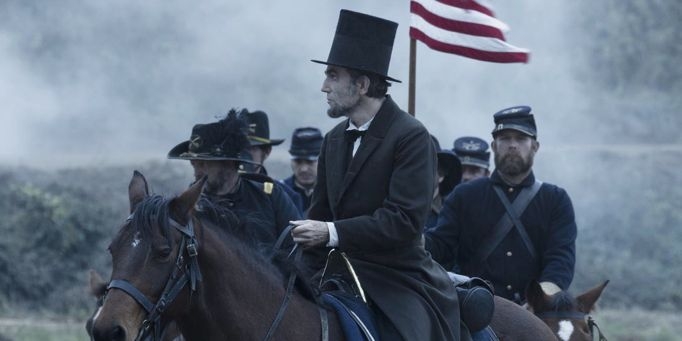 Lincoln is one of those benchmark films that reminds us of the unwavering conviction needed to change the world in which we live. Sadly, the conviction that motivated the 16th President of the United States may not be available to politicians today.

This biopic opens in the early months of 1865, finding President Lincoln caught on the horns of a cruel dilemma. He may be able to bring the American Civil War to a speedy close if he meets with a delegation of southern politicians, but doing so will mean relinquishing his goal to end slavery in the United States. His only option is to ensure that freedom for all is enshrined in the constitution by passing the 13th Amendment. Yet every friend and every opponent, from his wife to the leader of the Democrats, is urging him to abandon this perilous piece of legislation. As Lincoln forges ahead, he finds the strength to do so in his conviction that this is God’s will for humanity.

Only the purest form of pedant would object to the historical accuracy of Lincoln. Admittedly, there should have been an empty desk in the congressional chamber for every state that seceded from the Union, and history does record that California was the first state to vote on the 13th Amendment, but objections like these don’t rise above a handful. Harold Holzer, co-chair of the Abraham Lincoln Bicentennial Foundation, and author of more than 40 books served as a consultant on the film. Allen Guelzo of Gettysburg College says, “The pains that have been taken in the name of historical authenticity in this movie are worth hailing just on their own terms.” One authentic characteristic, in particular, is the authority Lincoln invested in the will of God.

Lincoln was always guarded about his personal faith. His constituents represented a wide variety of Christian denominations, and he had grown up witnessing the bitter sectarian quarrels that emerged from camp ministries and travelling preachers. However, even those who prefer to think of him as a deist acknowledge that Abraham was profoundly shaped by his parents’ Calvinism. This conviction that God ruled over all was purified by the death of his son and the sufferings of the Civil War.

The power, will and authority of God are acknowledged everywhere in Lincoln. The film opens with soldiers thanking the president for his words at Gettysburg, where he declared that the United States was predicated on the belief that “… all men are created equal,” and that countless thousands have died so that, “… this nation, under God, shall have a new birth of freedom”. During the political machinations that follow, he wonders whether he will be sufficient for the task God has set him, saying, “I don’t envy Him His task with the instrument He has chosen to serve Him”. The film ends with a repetition of Abe’s Second Inaugural Address, emphasising his determination to submit to suffering, and pursue peace and freedom expressly because this is what God requires of us:

As was said three thousand years ago, so still it must be said, ‘The judgments of the Lord, are true and righteous altogether.’ With malice toward none; with charity for all; with firmness in the right, as God gives us to see the right, let us strive on to finish the work we are in.

I’d be very surprised if the heart of every audience member didn’t soar with Lincoln’s victory and leave the theatre inspired by his conviction to do what was right, come what may. However, the irony of our 21st century position was not lost on me. We live in an age that does not acknowledge the will of God, any more than it acknowledges that one man’s view is more fundamentally right than another’s. So where does our inspiration for absolute ideals like freedom come from? Politicians who stand up today and declare they must struggle on because this is what the Bible teaches are openly ridiculed as unreasoning fundamentalists – ask Fred Nile and the Australian Christian Lobby. Yet I think that Abraham Lincoln would feel sorry for our soulless postmodernism – I know so, because he also wrote:

In regard to this great book, I have but to say, it is the best gift God has given to man. All the good the Saviour gave to the world was communicated through this book. But for it we could not know right from wrong. All things most desirable for man’s welfare, here and hereafter, are to be found portrayed in it.

Watching Lincoln with your kids

Lincoln actually concentrates more on the power struggles in Washington than the bloody battlefields of the Civil War, so there are only a very few scenes that demonstrate its suffering. I would think that these would be easily handled by a mature teenager. There’s also the opportunity to show that the Bible, rightly understood, has always been at the forefront of freedom both now and in the world to come:
o Why won’t Lincoln settle for peace when he has the chance?
o What matters most to the president – his wife’s opinion? His party? Or God’s will?
o What is Lincoln prepared to sacrifice, once he’s worked out the right thing to do? 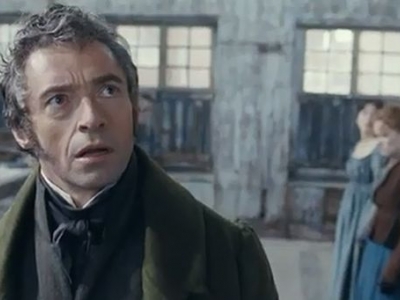 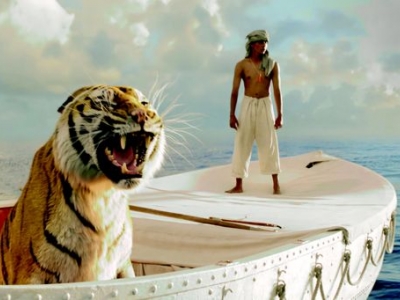