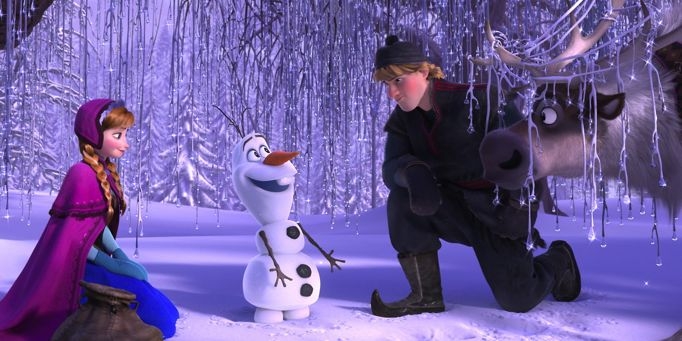 How to chat about kids’ entertainment with your children

Using Disney's Frozen, Mark Hadley shows us how he interacts with his children after the film is finished.

Rather than give you the ‘professional’ angle on one of this year’s big releases, I thought I might share with you the perspective of two of its target audience members. As an adult, it’s often easy to forget the most important opinion about a children’s film resides between ears much smaller than our own.

To bring you up to speed, Disney have recently released Frozen, one of its major animations for the year. Loosely based on Hans Christian Andersen's fairy tale The Snow Queen, this ice-bound musical tells the story of the fearless Princess Anna who sets off on an epic journey to save her kingdom from an eternal winter. Years earlier, her sister Elsa was preparing to be crowned as the new queen. However during the celebrations she accidentally reveals her ability to wrap her surroundings in ice. Afraid she is a danger to all around her, Elsa flees. But Anna determines to set out and save her sister from a life of loneliness, as well as her frost-locked home. Accompanied by a thrill-seeking mountain man, his loyal pet reindeer and an animated snowman called Olaf, Anna fights and sings her way through a frozen wilderness in order to set her sister free.

So what might kids pick from a tale like this? Listen in on my conversation with 11-year-old Jacob and 9-year-old Elijah…

Me: What do you remember most from Frozen?

Jacob: A girl who was a princess froze the whole land and there was ice and snow. She was bad.

Elijah: Elsa wasn’t bad – it was an accident! Some people tried to lock her up though … they thought she was dangerous.

Jacob: A monster! And they wouldn’t listen to her. But Anna went to find someone who would help her climb the big mountain –

Elijah: They found a snowman who was really funny! He kept falling apart!

Jacob: – and they got Elsa back in the end and someone tried to kill Elsa but Anna stopped them.

Me: What’s the most important lesson Anna learns?

Jacob: Anna learned that her sister could be a good sister – and a good girl always takes care of her sister! Even if you’re afraid of something or not, you can still be good.

Elijah: To be honest, it was a bit boring. It was full of girl stuff and I didn’t really like it. They were always singing.

Straight to the point, aren’t they? As a parent, I often wonder what my kids take away from a carefully constructed Hollywood storyline. As a reviewer, I’m very conscious of the sinful subtexts that push those stories along. But I include this conversation for your encouragement because with a little practice you can help little minds learn to bridge the gaps between the big screen, and the values you’re striving to teach them.

Start your chat with what actually happened (even if you’ve seen the film), because you’ll soon learn what really stuck with them. Then ask what the characters learned, because that’s the lesson they’re supposed to take away too. The final step is asking them what Jesus might say if he saw it – and be ready to be surprised by how much His spirit is already at work…

Me: Does Frozen remind you of any Bible lessons?

Jacob: Take care of your brother … and make the Lord happy.

Elijah: Anna sacrificed herself to save everyone, especially Elsa. Just like Jesus – he died on the cross to save us from our sins.

Frozen actually finishes with a very strong example of self-sacrifice and, most importantly, its connection to real love. Loving someone is clearly more than a matter of words. Jesus’ idea of commitment means, like Anna, caring for those He gives us more than we care for ourselves. Even a child can understand that. 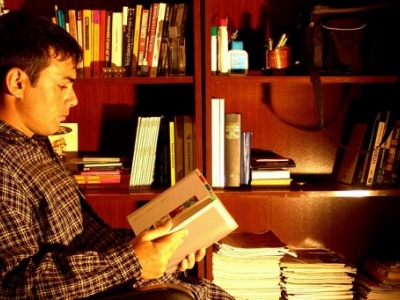 Read along with your teenage kids

Reading the same books as your teens could help you better understand how they see the world. 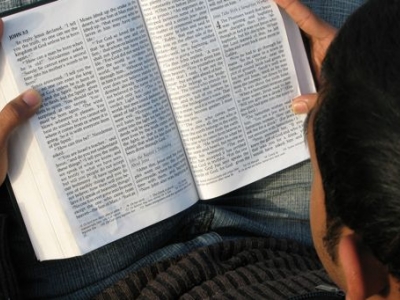 Questions to ask your kids when they read the Bible

We need to encourage our children to explore scripture, using their imagination and adult guidance. 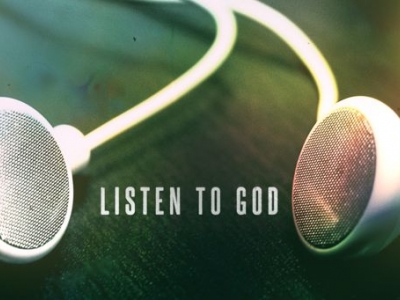 How I teach my kids through songs

Ben Pakula explains why he started singing the gospel to his boys, as soon as they were born.
ADVERTISEMENT