The sex talk we gave to our kids

When it comes to talking to their kids about sex, Ben and Emma Pfahlert simply tell it how it is.

In yesterday’s article, we outlined the framework we use to tell our kids about sex. Today, we share the words we say to our kids when they ask 'The Question'.

When our kids ask 'The Question'

When one of our kids asks, “Daddy where do babies come from?”, we’ll stop what we’re doing and say, “What a great question; why don’t we chat about it because it is really, really cool”.

Then we’ll sit down and say stuff like this:

Well, God made boys and girls so brilliantly that each of us was born with the equipment to make babies.
God gave boys a penis and he gave girls a vagina.
The way babies are made is by a man and a woman having ‘special cuddles’ after they get married to one another.
‘Special cuddles’ work like this: the man puts his penis into the woman’s vagina and then they do ‘fast rubbing’. After doing that for a little while, sperm, which are things like little tiny weeny fishes, flow out of the man's penis and go into the woman’s vagina.
But what is really amazing is that these little tiny fishes swim inside the woman’s vagina and look for something - they look for an egg inside the woman.
Inside every woman, one egg every month is waiting for a sperm to come and connect with it.
When the sperm meets the egg, then one of those special tiny fishes is let inside the egg and that is the beginning of person.
Everyone came from one egg and one sperm - you, me, Mummy, Isabella, Grandpa Malcolm, and Pa Tim.
That egg grows inside the mummy. Do you remember those pictures of mummy when you were inside her tummy, when she was pregnant with you? Well, that was you, an egg plus a sperm, growing into the wonderful beautiful person you are today.
But of course as the baby grows, it gets too big and has to come out of the mummy.
After nine months, the mummy gives birth by pushing the baby out of her tummy through the vagina.
The baby then gets milk from the mummy’s breast and sleeps in a cot instead of feeding and sleeping inside the mummy’s tummy.
And that’s where babies come from. Isn’t that ace?

We try to explain it exactly how it is. Sure, we change the language a little to help, but essentially we avoid sugar coating things or talking about birds and bees or any such unhelpful metaphors.

We started when the kids were very young

We told all our kids this stuff right from about age two or three. This was about when they started noticing parts of their anatomy like the penis and the vagina and asking, “Where do babies come from?”

We didn’t tell the boys more than the girls or vice versa. We talked about it in a very calm way; in the same way that I’d explain to my child how a bicycle works.

We also talked about it with great wonder and joy. Our kids don’t come to the topic of sex thinking it is embarrassing or dirty or ‘taboo’, so why should we talk about it like that?

What we haven’t told them

As soon as you react like that, they’ll know that the ‘sex’ topic is one you’re uncomfortable with, and they will realise you do not want to talk about it.

I then hope they’ll say something like, “Are they married?”

If I say, “No they usually aren’t married, but even if two of the three were, do you think it is a good thing or not?”, then hopefully they’ll follow with, “Well in the Bible it is one man and one woman only who get married and have special cuddles… so it doesn’t seem right for three people to have special cuddles”.

I want to give them principles from the Scriptures, so that whatever the scenario is that are confronted with they can work it out.

It is my hope they’ll apply the teaching of the Bible to different situations in the following ways:

It’s OK to educate your kids about sex differently, but don’t avoid the topic

Emma and I are both quite extroverted people and we don’t mind talking about sex.

However, we’ve noticed that some of our closest friends don't do what we do, and we very much respect our friends who do things differently.

Some give books to their children to read, and some take their kids to “Sex Education Seminars” (my parents did both for me in 1975).

But whatever the strategy, may I exhort you to teach the Bible’s view of sex, treat it as a normal topic not a ‘taboo’ topic, and finally, take time to talk whenever it crops up … which is always when you least expect it. 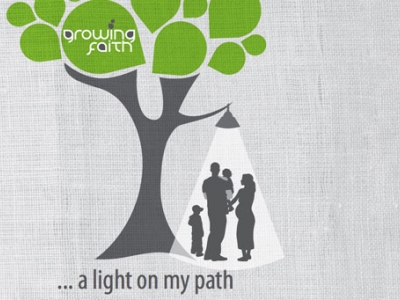