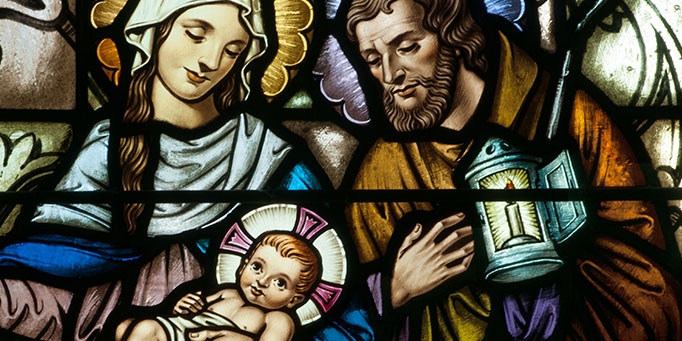 You could say that Jesus didn’t really need a human family. After all, he had God as his Father (Luke 2:49) and his disciples as brothers and sisters (Matthew 12:48–50). As an adult, Jesus never married or had children of his own. Maybe God could simply have sent an adult to carry out his mission of salvation.

But we all know that’s not how the Christmas story goes. God chose for his Son to be born into a human family, raised by a mother and (adoptive) father alongside half-brothers and sisters.

In their Gospels, both Matthew and Luke include a family tree, tracing Jesus’ genealogy back to King David, further back to Abraham and, in Luke 3:38, right back to Adam. So why was Jesus’ family tree so important?

If Jesus was going to stand in for sinners then he needed to be like us. In Hebrews we read:

Since the children have flesh and blood, he too shared in their humanity so that by his death he might break the power of him who holds the power of death—that is, the devil—and free those who all their lives were held in slavery by their fear of death … For this reason he had to be made like them, fully human in every way, in order that he might become a merciful and faithful high priest in service to God, and that he might make atonement for the sins of the people. Because he himself suffered when he was tempted, he is able to help those who are being tempted. (Hebrews 2:14–18)

Jesus entered the world just like we do—as a baby. But he also lived a normal human life, with all its temptations, to prove that he is not like us. Jesus perfectly obeyed God’s will, including the fifth commandment:

And the child grew and became strong; he was filled with wisdom, and the grace of God was on him … he went down to Nazareth with [his parents] and was obedient to them … And Jesus grew in wisdom and stature, and in favour with God and man. (Luke 2:40, 51–2)

Right back at the beginning, after Adam and Eve sinned, God told the serpent:

And I will put enmity
between you and the woman,
and between your offspring and hers;
he will crush your head,
and you will strike his heel. (Genesis 3:15)

Throughout the Old Testament, we see this play out: women struggle to conceive and give birth to children; ‘serpent’ figures, like Pharaoh, threaten to kill the children of Israel. Revelation depicts this historic enmity as a labouring woman facing off against a dragon, who is poised to ‘devour her child the moment he [is] born’ (Revelation 12:1–5).

For generations, Hebrew women had been waiting for the sign of Immanuel—a child born to a virgin, who would be ‘God with us’ (Isaiah 7:14):

For to us a child is born,
to us a son is given,
and the government will be on his shoulders.
And he will be called
Wonderful Counsellor, Mighty God,
Everlasting Father, Prince of Peace. (Isaiah 9:6)

Jesus had to be born of a woman in order to ‘break the power of the devil’ (in the words of Hebrews above) by his righteous life and sacrificial death.

Son of Abraham, son of David

According to God’s promises, the Saviour would be born not just into any family, but into the family of Abraham and more narrowly, into the royal house of David. God had promised that one of Abraham’s descendants would ‘bless all nations’ (Genesis 22:18); speaking of a descendant of King David, God promised to ‘establish the throne of his kingdom for ever’ (2 Samuel 7:12–16). Jesus’ family tree shows him to be a descendant of both these men, born to fulfil God’s ancient promises.

Because Jesus was born as a baby, he needed his family just like we need ours. Isn’t it astounding that God entrusted his own Son into the care of an imperfect human family! It shows just how much God values the work of ordinary human families. In fact, it is often through human parents that children experience the protection, provision and love of our perfect heavenly Father.

While Jesus knew his heavenly Father even from a young age, Jesus’ human parents brought him up within the community of faith—teaching him the Scriptures and including him in the festivals and ceremonies of Israel. Presumably, Mary and Joseph also gave Jesus an education in the skills of life and the carpentry trade.

As an adult, Jesus turned his attention to his new spiritual family of disciples, but he continued to call his natural family to join them. Many of Jesus’ family members did become key disciples, including his mother and half-brother James. Jesus’ final act from the cross was to provide a spiritual son, John, to care for his mother after his death (John 19:26–27).

Even Jesus, the perfect Son of God, relied on a human family for protection, provision, formation and mutual care. The Holy Family symbolises everything that a family should be.

So this Christmas, may we kneel in worship before the baby in a manger—God’s eternal Son who is also the son of Adam, a human just like us (but unlike us in his perfection); the son of Eve, who would crush the serpent’s head; the son of Abraham, who would bless all nations; the son of David, who would rule forever and the son of Mary and Joseph, his imperfect but faithful earthly parents.

This Christmas, may we be like Mary, Jesus’ mother and eventual disciple, who ‘treasured up all these things and pondered them in her heart’ (Luke 2:19). And may we, imperfectly but faithfully, teach our sons and daughters to do the same. 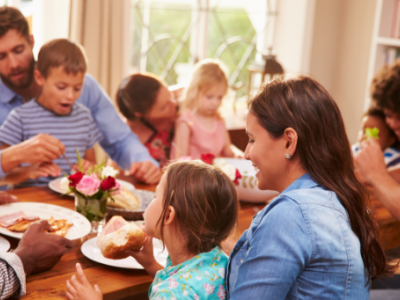 The story of God’s big family 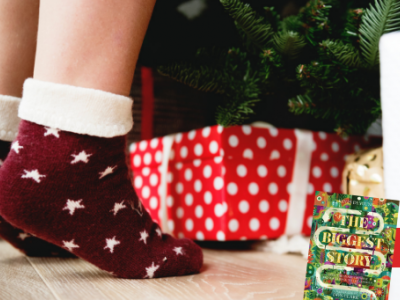 The Biggest Story: How The Snake Crusher Brings Us Back To The Garden by Kevin DeYoung

Katie Stringer reviews 'The Biggest Story: How The Snake Crusher Brings Us Back To The Garden' by Kevin DeYoung, Illustrated by Don Clark

Marriage and Parenting outside Eden—The Story of Jacob

'The account of Jacob and his family ... is about how God can work through the mess and grime of family life to achieve his glorious purposes...'
ADVERTISEMENT