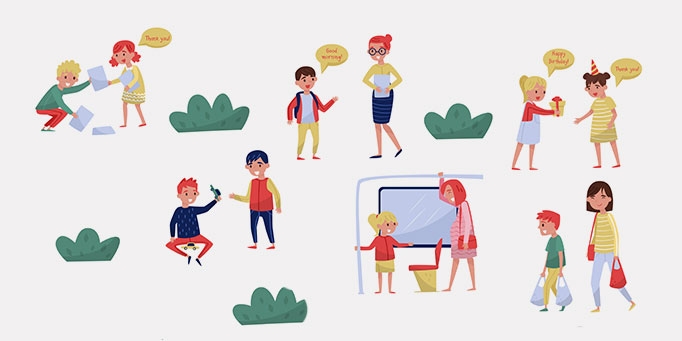 Kirsten Birkett reflects on the value of formal politeness.

I’ve been giving some thought to good manners. Living in England, especially when meeting older people, I am conscious that I do not always have the formal good manners that are traditional here (although even Britain is becoming much more casual). However, when I do observe traditional good manners, I realise how very beneficial such behaviour can be.

Formal good manners are rather out of style, these days. Where once parents might have said to a child, ‘Mind your manners’, now the slogan seems to be, ‘Be yourself’. Maybe that’s a good thing, many people might say. Formal good manners were stultifying, repressive, and stopped people from expressing themselves—from saying what they truly felt. It conjures up images of the Victorian age with starched collars and children who were seen but not heard. It just doesn’t seem to fit into modern society, especially a laid-back and egalitarian society like Australia.

However there is, I think, something to be said for formal good manners. Bringing back formal politeness could have definite benefits for society in general, and especially for Christians.

Historically, the sort of behaviour that has now gained the reputation of being unnecessarily formal, a stylised kind of behaviour that is not natural, actually came from a consideration of what is moral in the way we relate to each other. Saying someone had ‘good manners’ did not originally refer to knowing the right fork to use; it was about your moral behaviour.

For instance, when Chaucer described the Duchess in The Canterbury Tales, her ‘manners’ were not referring to her etiquette, but the fact that she ‘did good gladly’. Where the ESV translates 1 Corinthians 15:33 as ‘bad company ruins good morals’, Coverdale’s Bible had ‘good manners’. Having good manners meant to be a virtuous person.

Similarly, ‘civility’ has moral overtones. It comes from what is appropriate for a civilization, that which happens between citizens, so can be fairly neutral. By the sixteenth century, however, we see more ethical usages: ‘civil’ behaviour is behaviour that benefits citizens, behaviour that demonstrates justice, lack of hatred and other moral values. It also came to suggest the kind of society which reflected biblical values, such as modesty as opposed to vanity, and obliging or thoughtful behaviour.

‘Courtesy’ was what was appropriate for court—so implied a certain formality, but it also, with its overtones of a chivalric tradition, had a moral sense. It was to be typical of those who valued humility and consideration for others, generosity and love. A Whycliffite sermon from c. 1380 describes Christ as having ‘courtesy’.

How good manners can be Christian

All these words gradually came to imply a certain level of behaviour that was caught up with education and class, and so could be used judgementally. A person with good manners was the ‘right’ kind of person in a social sense, as opposed to the lower-class sort. It is possible, certainly, for good manners to be nothing more than a way of being divisive and maintaining a repressive snobbishness.

However, this was an imposition of sinful assumptions. At its heart, the concept of good manners in Western society has been about the kind of behaviour that considers other people first, as Christ would have us do.

Knowing that, we can see that a formality of good manners, a learned politeness, can be entirely Christian. We are to consider others rather than ourselves; and a codified form of behaviour that spells out ways of doing that, is surely not a bad thing. Practicing formal good manners gives people ways of behaving that show consideration for others without having to leave it to impulse.

It can also provide reassuring structure. For those who are a little socially awkward or shy, it provides the right things to say, and tells you the right things to do. It can give you ways of expressing emotions or thoughts when you don’t know how to do it yourself. Knowing the polite thing to say can be a huge relief; it means you don’t have to invent it on the spot. Even for the socially confident, formal good manners can just make relationships run more easily.

It’s also about having an ingrained, inner sense that other people ought to come first. If I automatically address someone with a term of respect, I am more likely to consider ways of respecting that person. Being taught that I must always write a thank-you note makes me think more about being grateful. If I know it is always polite to rush to help another lift a heavy parcel, or offer someone a seat, or serve another at the table before myself, it creates habits of thinking of others before myself. It is more than just saying ‘please’ or ‘thank you’, although that’s a great start. It is a reflex of thinking about how to serve others, making that automatic.

Manners on their own will not change hearts. We know that. But at the very least, they are appropriate for forming right habits in those hearts that have already been saved. They express exactly the sorts of changes we want to see as we work out our salvation. It may be out of style to teach formal manners to children, but perhaps we should think again. They may be worth bringing back.

Dr Kirsten Birkett, previously Lecturer in Ethics, Philosophy and Church History at Oak Hill Theological College, now serves as Associate Minister at St Paul's Anglican Church, Hadley Wood (in north London). She is the author of numerous books including 'The Essence of Family' and 'Resilience: A Spiritual Project'. 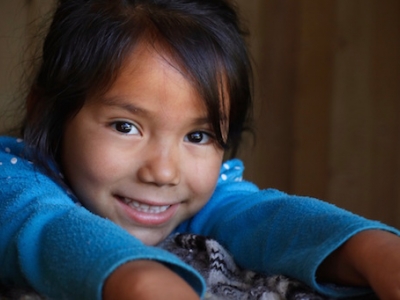 Things to start (and stop) doing to help grow a culture of gratitude in your family. 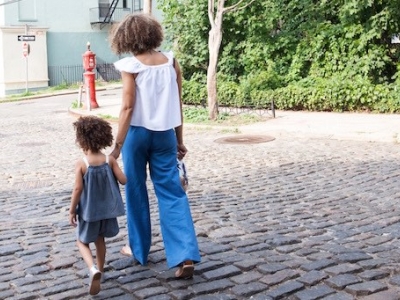 How to help your child express their feelings and care for their friends, family and world. 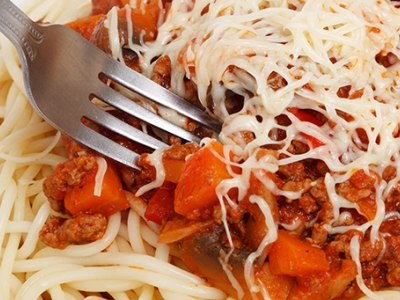 How to have a blessed family meal time with young children. 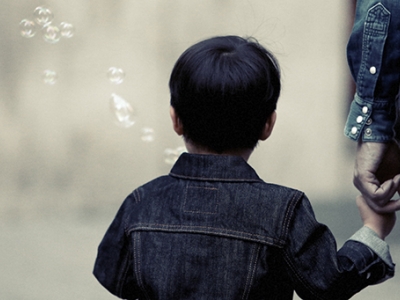 When are children old enough to serve at church?

Exploring the benefits of encouraging service from a young age.
ADVERTISEMENT