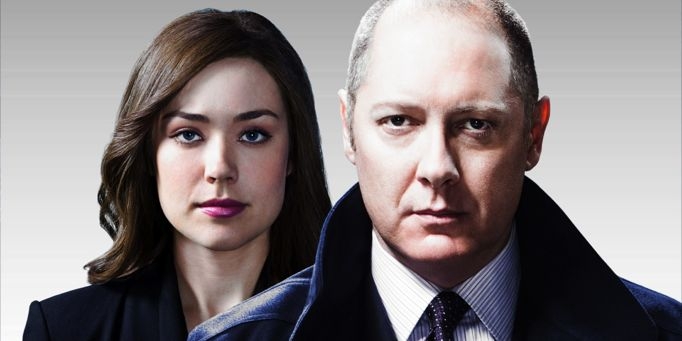 Finally! Thrilling, well-written drama that doesn’t rely on sex or violence to sell its storyline. The Blacklist is the sort of television series likely to reel viewers right in, but not just because of its twisting, turning plot. It also has something to say about the nature of evil that will be music to modern ears.

The Blacklist stars accomplished TV actor James Spader (The Office, Boston Legal, The Practice) as Raymond "Red" Reddington, a former US Navy officer and one of the FBI’s most wanted fugitives. For years Reddington has been responsible for successfully brokering some of the biggest criminal activities on the planet. But in the first episode, he inexplicably turns himself in. He will now put his not inconsiderable knowledge at the service of the FBI, delivering them a ‘black list’ of criminals, mobsters and corrupt politicians who’ve been successful simply because no-one suspects they exist. However, Reddington has a price: the only person he will talk to is Agent Elizabeth Keen (Megan Boone), a junior profiler who is on her first day at the agency. Red is definitely the devil; will the FBI make a deal?

There are a lot of things that could be said for this series, not the least of which is the acting talent. James Spader is the consummate villain with just the sort of devil-may-care attitude that we’ve come to expect from a sociopath. In fact, the relationship between Reddington and Keen is reminiscent of Hannibal Lecter and Clarice Starling, but without the gory overtones. Early on Spader’s character tells the young FBI profiler,

“I propose a trade. You tell me, I’ll tell you. Tell me about the scar on your hand, I notice you stroke it…”

There’s also a refreshing absence of the sexual and violent content that has driven recent thrillers like Homeland, and the latest incarnations of Underbelly. The Blacklist’s driving factor is its compelling drama. Each episode we’re introduced to another person on Reddington’s long list of unsuspected criminals. However, over the top of this weekly thrill is the mystery surrounding Agent Keen’s own background, and what Red hopes to gain from his Machiavellian relationship with her.

The attraction of evil

We love to watch the devil at work. There are few personalities as enduring or entertaining as the prince of darkness, and there are many TV series that have sought to introduce him. He may not turn up with horns, but because the devil is the father of lies he can often take the form of a conman like Lost In Space’s Professor Smith, or an arch deceiver like Lost’s Ben Linus. But there’s always a price for doing business with him, as Agent Keen is likely to find out, and what’s just as likely is that we’ll be tempted to feel some sympathy for Spader’s devil.

The Blacklist is already laying the ground for a view of evil that will undercut the ultimate bad guy’s essential badness. Reddington’s arch criminals are undoubtedly the worst people alive – a civil rights champion who actually traffics in human slaves, for one – because they’re not true to what they say they are. Reddington, on the other hand, might be self-serving, but even he has his limits. Speaking of one on his victims, he says:

“She preyed on the weak and the innocent while wearing the wings of a saviour - I detested everything about her.”

The problem with this approach to the devil is that it provides some justification for his crimes. So long as he doesn’t hurt the little people, why do we care if Reddington gets one over ‘the man’? More importantly, there’s something morally ambiguous about the results of his actions, suggesting that not all evil is … well, evil. If The Blacklist can actually bring us to feel some support for James Spader by the end of the first series, then it will have succeeded in convincing us that not everything bad is actually all that bad, and the devil is the only person who really sees the world the way it is.

Watching The Blacklist with your kids

If your older kids are into thrilling drama, then I think this would be a safe one to watch together. There’s very little to be concerned about regarding content and the following conversations are worth having: