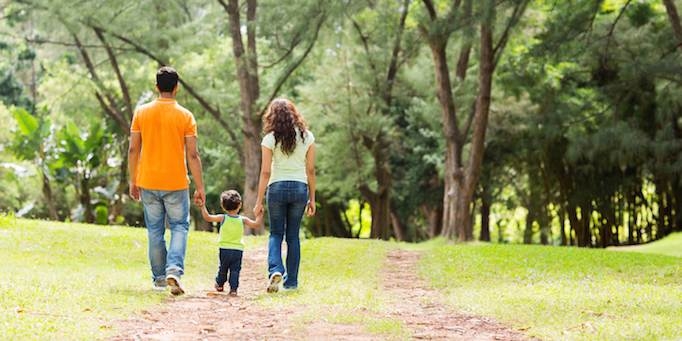 Parenting on our knees

Josina Guess reflects after learning about Tony Campolo's son turning away from Jesus.

When Peggy Campolo was staying at home with her young kids, someone who didn’t quite understand the magnitude of the word “mom” asked what work she was doing. This is what she said:

I am socializing two homo sapiens into the dominant values of the Judeo Christian heritage in order that they may become instruments for the transformation of the social order according to the eschatological utopia planned by God from the beginning of creation!

These words were given to my husband and me by our premarital counselor to encourage and prepare us for the noble and humbling task, should we choose to accept it, that we call “Christian parenting.” I have kept Peggy’s words with me, and added to them the words of other moms and dads who try to keep perspective while in the trenches. Her statement reminds me that in our role as parents we are participating in a much bigger story of which God is the author.

We have only been at it for eleven years–twelve if you count pregnancy, which I sure do. But we have learned that parenting is a job that brings us to our knees. To our knees in prayer, yes, but also to crawl on the floor looking for lost shoes, to kneel by the toilet with morning sickness and sick kids or with a rag and bucket to wipe up what didn’t make it to the toilet. We’ve found ourselves on our knees after falling down hard while trying to teach a kid to roller skate and before one another to beg forgiveness for lost tempers and quick flying words. Back down to our knees again in prayer.

It is slowly dawning on us that no matter what happens to us or our kids, we will be parents for the rest of our lives. As our children assert their independence, make their own choices and begin to find their paths in life, we might as well invest in some quality knee pads.

Recently, Peggy and Tony’s grown son, Bart, has gotten some press for making it known that he has stepped out of Christianity into secular humanism. In his new role as a humanist chaplain at the University of Southern California, his job is to provide pastoral care for people who don’t believe in God but want to do good in the world.

When I first heard this news I felt sad because Bart brings so many gifts to the body of Christ and, like any amputation, it hurts that he is cut off from that body. I felt sad because what he had to say about prayer and spiritual warfare really influenced me and so many others. I wondered why he would step out of that shelter of faith.

But I also took heart knowing that Bart is still the same person: still a good friend and mentor to my old roommate who is a missionary, still encouraging and supporting people who want to work with the poor and still loving toward those of us who claim Jesus as Lord and savior. When I considered the alternative of him continuing to lead without conviction, my sadness, though still there, was mixed with admiration for his honesty.

What made me sadder was learning that some have taken Bart’s departure from Christianity as an opportunity to offer advice for Christian parents–specifically Christian parents in leadership—on how to keep their children in the fold.

If we are honest with ourselves, we all know families where some are atheists and some are deeply religious, where some are addicts and others are counselors, where some parents cannot believe while the children have rock solid faith. We also probably know people, maybe even people in leadership, who stopped believing a long time ago and are too afraid to speak it aloud for fear of rejection and alienation by their friends and family.

Despite all the conferences, books and trainings out there, faith and a relationship with Jesus are gifts that can be nurtured, but they cannot be formulaically reproduced.

As much as I long for every knee to bow and every tongue confess that Jesus is Lord, I know this cannot be forced–even upon our children.

I admire the values of safety, honesty and compassion evident within the Campolo’s family culture. Peggy and Tony have raised a son who feels close enough to his parents to be honest with them, is loyal and loving to his wife and kids, and cares deeply for the outcast and marginalized in society. Bart also has parents who show unconditional love even when they disagree and feel sad about his choice to no longer follow Jesus with them.

In his past and current work, Bart Campolo has indeed been an “instrument for the transformation of the social order.” It is entirely up to our sovereign God to determine the final judgment and outcome, but it seems like his parents have and are playing their part with amazing grace. This realization that God is in control is what brings me to my knees.

One evening when I was pretty unhappy with my daughter’s behavior, I placed my hand firmly on her head and prayed for her. I prayed that she would do what I wanted. She said to me, “Mama, I felt like you didn’t love me when you were praying for me.”

She was right. My anger and disappointment were on the surface, and I was using prayer as a way to exert power over her, not as a way to release both of our burdens into the capable, patient and loving hands of God. Her words brought me to my knees. I pray now that God would give me the grace to yield to his gentle will, not to force my children to yield to me. I pray that my kids would always feel loved and thus be able to receive and give the unsearchable love offered to us all through Jesus.

This article originally appeared on redletterchristians.org 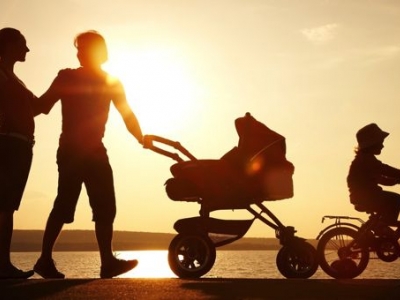 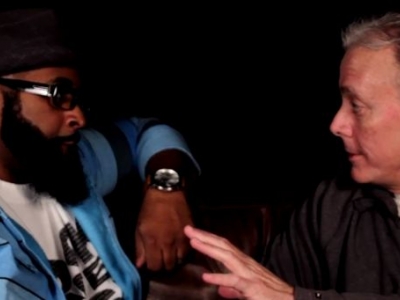 A conversation about helping your kids see Christ through humble parenting.