There is probably no other area of life in which there is more interest and less helpful information than the topic of sex. This is true for adults but especially true for children and teenagers. Clearly, once a young person reaches a certain age they’re going to be pretty interested in sex and that interest may not wane for decades, if ever. This means that the very worst thing a Christian parent – or any caring parent for that matter – can do when it comes to sex education is to say nothing. Surprisingly, this is exactly what many parents do. They are nervous, embarrassed or perhaps just clueless about how to raise the topic without it being the most awkward experience of all time, not just for the child but also for themselves. The result can be disastrous as children and teenagers find the information they are looking for somewhere else – from their peers, from Hollywood and from the internet – few of which will be on the same page as you, as a parent, or the Lord God who designed sex.

When it comes to talking to the young people in your home about sex you want to talk to them early, openly, often and appropriately.

Here’s the thing: your children will always look or seem too young to know about sex. The years from when they are born until they become teenagers fly by so quickly that it really does seem like it was just yesterday when you were changing their nappies, reading them bed-time stories and sitting in their rooms until they fell asleep because they were afraid of the dark. But children and teenagers aren’t nostalgic: they are interested in the adventure of life and the sexuality that awaits them. Furthermore, research suggests that kids are not only reaching puberty earlier than before, they are gaining access to things like pornography earlier. A 2002 London School of Economics report found that 90% of kids aged eight to 16 had seen pornography on their computers. Such is the insidious nature of the pornography industry that it attempts to reach and attract pre-pubescent kids through misspelt search strings and the like so that they’ll be hooked for decades to come. Regardless of whether young people go searching for pornography themselves or stumble upon it when they misspell ‘Pokemon’ on their keyboards, this means the race is on to get in first. So talk to your children early.

‘How early is early enough?’ is the obvious question to ask. I would say that around the ages of eight or nine would be about right. If the average age of first exposure to internet porn is 11 years, and children are hitting puberty at about that age or even earlier, you definitely want to be speaking into your kids lives well before then. Eight might seem too young for some kids. I have a friend with four sons who has taken his two eldest boys for some special ‘Dad time’ when each reached eight years of age. They took a special trip to the beach and had fish and chips and then the father talked to his son about sex. Each time he did his little spiel, the dad asked his son if he had any questions. The first time, his eldest son said as he looked out over the waves, ‘Dad, if a tidal wave comes where would we run to?’ Two years later when he asked his second son if he had questions, the lad replied, ‘Can we eat our chips now?’ These were probably not the sort of questions my friend was hoping for, but he knows that when his sons’ schoolmates start with sexualised banter in the months and years to come, his boys are clued-up and have an age-appropriate Christian view of sex.

My friend has only begun doing sex education with his sons. The truth is that he will be informing their view of sexuality from this time onwards, rather than that particular conversation being the start and end of his input. His sons will be watching the way that he interacts with his beautiful wife; they will be watching for the way he interacts with other women; and they will be listening keenly to everything he says that touches on sexual matters. The sheer impressionability of our children is a sober reminder to have genuine Christianity sexual integrity in our own lives. But passive reception of your role-modelling is not the only input they can garner. You want to be talking often about sexual matters.

But this does not mean that the conversation always has to be a long, one-sided monologue. ‘Little and often’ is the mantra that garden gurus cry when it comes to trimming hedges in the backyard. This sounds like a handy way to shape your child’s sexual understanding, too. Talking through song lyrics that play on the radio as you’re driving them to their sporting games or getting them to reflect on how characters respond in TV shows or movies you watch together, will make a contribution. You need to talk early, but the job is never over: talk often as well.

This brings us to the last thing on the topic of talking to kids and teenagers about sex – it’s better to be open and age-appropriate in what you say than to hide behind silly euphemisms and talk down to your children. There is a danger opposite to that of resorting to crass terminology or explicit references that tend to cheapen the beauty of sex: it’s giving our kids the impression that sex is embarrassing and/or dirty by using veiled or vague terminology. If you are talking about a penis or a vagina, it’s best to use the words ‘penis’ and ‘vagina’ – after all, those are their actual names, rather than indirect nicknames. Your teenagers probably find the terms less embarrassing than you think. This is just one way to open up and ‘normalise’ the conversation with them.

It wouldn’t hurt you to get into their world a little bit either. It’s a big mistake to just assume that the sexual pressures, expectations and norms that were around in your day are the same today. You probably just assume that your teenager considers oral sex to be sex, thinking that the presence of the word ‘sex’ in oral sex is a dead giveaway. But they may not make the same assumptions. Twenty-five years ago the popular rock and pop artists obviously sang about sex, but they tended to use veiled references and have euphemistic lyrics, and to be male for that matter. These days many of the most popular female artists are as explicit as possible and highly aggressive in their sexuality. It is a different world, so if you don’t want your beautiful daughter to grow up like Ke$ha or Lady Gaga (and trust me, you don’t) you will need to listen to their songs. If you don’t know who Ke$ha or the Gaga person are, it’s time to talk to some youth leaders or hit the iTunes store hard. If you want to talk appropriately to your teenagers and younger children, speak in their language and into the sexual world that they inhabit.

In terms of the environment for healthy discussion and the tone of those discussions, look for situations that will be the least awkward. Cornering a young person for ‘the’ conversation just makes everyone feel uncomfortable. It’s often easier to talk about these things (particularly with teenagers) when you are side-by-side rather than face-to-face – like perhaps when you are working together in the yard, walking together on the beach, or driving somewhere together. Just make sure you are relaxed and know what you want to say so that when your 14-year-old mentions the word ‘orgasm’ at a busy intersection, you don’t cause an accident that blocks traffic for three hours: that really would be awkward!

Another way to help your children along their sexual way is to put decent books in their hands that will inform and guide them helpfully. Make sure you have read the book first and, once they have had a read too; offer to talk to them about what they thought of it.

Whatever you do, you want to be as gracious and non-condemning as you can with whatever they say because nothing will shut the conversation down faster than if you’re judgmental. But with some forward planning, a growing openness to talking about these issues in an appropriate, unembarrassed way, you can be on the front foot of guiding your kids into a healthy, positive Christian sexuality.

Scott has been Youth Minister at Christ Church St Ives for over 8 years. He is married to Carolyn and has 3 sons. Before being in youth ministry Scott worked in business and the publishing industry.

Tips on talking to your son about sex and puberty

"I am convinced that parents (especially fathers) must take the initiative with their boys..." 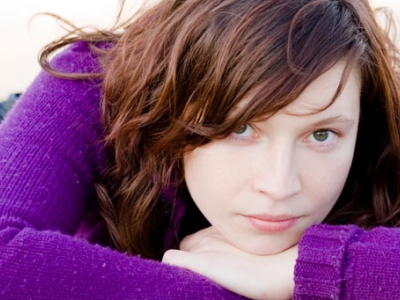 Talking with your daughter about puberty

The conversation you should have before it's too late.
ADVERTISEMENT