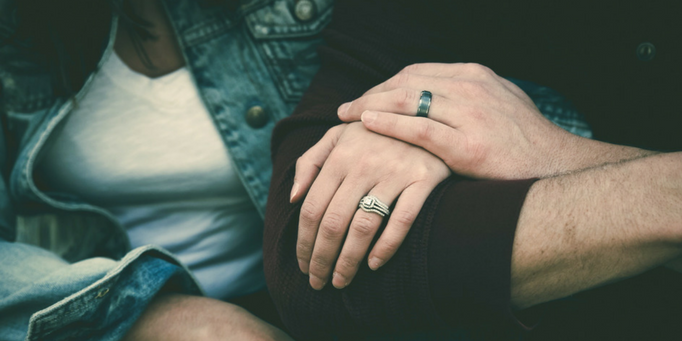 I’ll never forget a conversation I had with a counsellor several years ago. My husband and I were going through a particularly rough time: he was experiencing some stresses in his work life, I was experiencing health and anxiety issues (how often the two are linked!) and our marriage was becoming increasingly strained.

Sitting in the counsellor’s office, I began to relate a conversation that I had recently had with my husband. The conversation had been pretty one-sided: it was me, telling my husband everything that he was doing that was causing friction in our home: all the behaviours that I was not happy with.

After I had finished this extensive—and what I thought was compelling—list of evidence against my husband, I expected the counsellor to turn to me and validate what I had said or offer sympathy for what I was experiencing. Instead he leaned back, crossed his arms over his chest and asked, ‘Rachel, in that entire conversation that you had with your husband, did you even once tell him the way that you wanted things to be between the two of you?’

My counsellor was not undermining my concerns nor was he saying that the words I had spoken were necessarily untrue: rather he was pointing to the way in which I had communicated with my husband. Proverbs 14:1 speaks of the wise woman (or man!) who builds their home, rather than tearing it down. Although my conversation with my husband had been a calm one, I had effectively ‘torn down’ rather than ‘built up.’ I had been problem-focused rather than solution-orientated and nothing deflates a human spirit more than pessimistic criticism.

Encouraging words, however, are motivators. They have the power to shift a perspective, open up a space for problem-solving and change the emotional climate of our relationships.

Following are some practical tips that you can begin to apply now, to speak encouragement into your marriage.

However surprising the results of Gottman’s survey may be, they do offer us great insight—and an incredibly practical and simple method—for building a positive environment with our marriages.

Simply keep the balance in check: five positive comments for every criticism!

Of course, this figure is a guideline and not a rigid rule, but it offers a general principle for us to keep in mind. Try to think back to the things you did when you and your spouse were in love. How did you compliment one another? How did you bless one another with your words?

Here are some ideas to get you started:

The Place for Constructive Criticism

In Psalm 145:5, King David cries out, ‘Let the godly strike me! It will be a kindness! If they correct me, it is soothing medicine. Don’t let me refuse it.’

Even our concerns can be encouraging if we are wise in the way that we communicate them.

Using our words to speak encouragement into our marriage is a practice that we will never regret. Proverbs 16:24 tells us that kind words are like honey: ‘they are sweet to the spirit and bring healing to the body.’ Marriage can be a challenging, but our partner is not the enemy. They are the ally; the teammate on our side, fighting in the same challenges. Speaking encouragement establishes our partnership and helps to create a marriage environment that is safe, positive and pro-active. Try it and see.

Rachel Wallace and her husband, Nathan, live in Melbourne where they parent two incredible kids who challenge and delight them daily. She is currently studying professional writing, loves seeing what God does with the sky each day and aims to encourage and empower others through her writing. Find out more and follow Rachel's blog at https://rachelwallacewritesat.blogspot.com.au/ 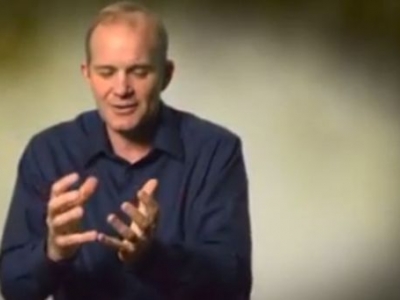 Why we should persevere when we feel like giving up. 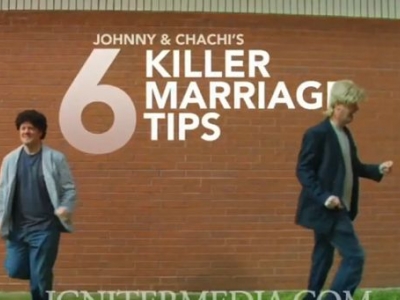 A light-hearted look at some classic marriage mistakes. 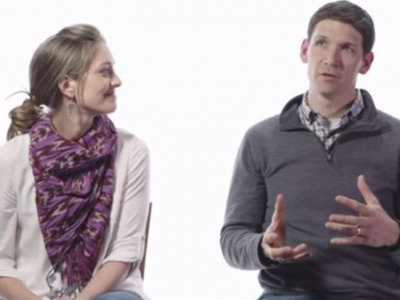 Living out God’s design for marriage

Matt and Lauren Chandler share the hardships, failures, and victories of their marriage.
ADVERTISEMENT