The end of science

There was a time when science was the unquestioned king of television. No mystery could survive its analysis; no criminal could escape its clutches. However a new genre of television shows has arisen that makes foolishness out of the wisdom of men, and Alcatraz is its latest example.

Alcatraz opens with a description of the closure of that famous prison in 1963 due to unsafe conditions for both prisoners and guards. The truth, the series reveals, is that just prior to their scheduled transfer, all 302 occupants disappeared into thin air. Now fifty years on, the worst criminals America has ever known are reappearing one by one on the streets of San Francisco without having aged a day. Sarah Jones plays Detective Rebecca Madsen, the granddaughter of one of the vanished inmates. She finds herself running a parallel murder investigation for a secretive government agency headed by Emerson Hauser (Sam Neill), who turns out to be the last Alcatraz guard who didn’t disappear. The introduction of an Alcatraz historian, Dr. Diego Soto (Jorge Garcia of Lost fame) completes their highly specialized team. Now the challenge is to track down these ‘long dead’ inmates and discover what is propelling their criminal pasts into our unprepared present.

If you’re thinking Alcatraz sounds like a series with more twists and turns than Johnny Depp’s career, it will come as no surprise that it hails from the same people who brought television the compulsive series Lost. Executive producer J.J. Abrams’ twisted take on history shows he’s determined to keep his audience off balance, and in doing so, he continues to develop a genre that has been steadily taking over science fiction television since the days of The X Files.

Traditional speculative programs like the Doctor Who, Star Trek and Stargate franchises have assured audiences that the great mysteries of the universe are really an extension of our scientific primitiveness – ‘gods’ turn out to be advanced aliens, that sort of thing. However a new breed of program including titles like Medium, Supernatural and now Alcatraz suggest that the spiritual is as valid a realm of inquiry as the scientific.

Readers might be perplexed to hear that I welcome this sort of development as a Christian. After all, these ‘spiritual’ programs are hardly interested in the truth the Gospels reveal. But I think that broadening our understanding of the universe to include things that can’t fit in a test-tube is a healthy first step. It’s not a new development, either. The greatest writer in the English language put a criticism of the overly scientific into the mouth of Hamlet when his friend expresses amazement at the appearance of his father’s ghost:

Horatio: O day and night, but this is wondrous strange!
Hamlet: And therefore as a stranger give it welcome. There are more things in heaven and earth, Horatio, than are dreamt of in your philosophy.

Remembering that science is a method that can only apply to those things that submit to testing, and so falls short when it comes to the truly unique, is a stride towards humility. The resurrection of Jesus can’t be scientifically proved for this very reason, because it cannot be repeated under laboratory conditions. But that doesn’t make it any less true. Dr. Soto asks the rest of the bewildered Alcatraz cast, “Is anyone else’s head exploding right now?” and in so doing expresses the limitation of his understanding – which is the first step God requires when He confronts a person with the wisdom of the cross:

“For the message of the cross is foolishness to those who are perishing, but to us who are being saved it is the power of God.”

Watching Alcatraz with your kids

Alcatraz is American mainstream television and so pretty safe when it comes to its general content. So long as your kids are old enough to discuss the idea of murder they’re unlikely to come across anything visually or verbally disturbing. If they were Lost fans, I’d be tempted to start this sort of conversation:

A fresh change comes to TV this summer in Australia. 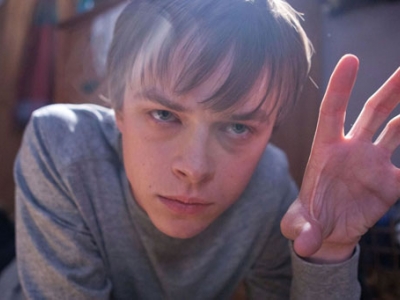 Three teens develop superpowers, but without moral guidelines, what are they capable of?
ADVERTISEMENT