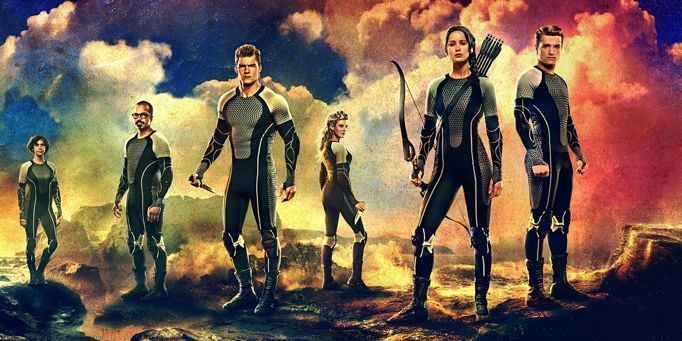 Mark Hadley reports back after taking his excited Godson to watch the second part of The Hunger Games trilogy.

Godson No.4 was literally vibrating. I had promised him months ago that I would take him to the premier of the next Hunger Games installment, and it had clearly been the only thing he’d been thinking about in the intervening weeks. Now we were actually standing in the line, waiting to go in. He couldn’t have bounced up and down more if he’d had springs attached to the bottom of his feet. He’s only 5’ 6” but he was clearly a ‘big’ fan. So much so, the other people who were lining up to enter the cinema began ransacking their complimentary gift bags for things he might be able to add to his. Rest assured, he left with enough promotional wrist bands for all of his friends. Which raises the obvious question - given the high expectations amongst young cinemagoers, can Catching Fire live up to the hype?

The sequel to last year's teen publishing and movie phenomenon, The Hunger Games, focuses on the life of Katniss Everdeen, a feisty young woman played by Jennifer Lawrence. Katniss lives in a world where teens can be compelled to fight for the televised entertainment of the wealthy and indolent. In Catching Fire, Katniss’ defiant victory at the 74th Hunger Games has inspired a groundswell of rebellion throughout the Twelve Colonies. The key to her success had been convincing the judges she would rather die than live without the love of her life, Peeta Mellark (Josh Hutcherson). But their love was merely a survival tactic – or so it seemed at the time.

In Catching Fire, the pair are forced to continue to play out the role they’ve chosen for themselves, and Katniss is beginning to wonder how she really feels about the baker’s son. But lovers or not, their boldness has caused a problem for President Snow (Donald Sutherland), providing an unwelcome focal point for civil unrest. When the dictator decides to break with tradition and include them in a new Hunger Games, Katniss and Peeta find themselves in an emotionally charged battle to help the other survive.

The storyline is gripping enough, but Catching Fire clearly struggles against the combined problems of an adaptation and a sequel. The scriptwriters have sadly paid too much attention to the novel, probably for the sake of the fans, and turned out a film that is faithful but flawed. The first hour and a half is spent outlining the extent of Katniss problem and personal tensions before an arena is even glimpsed, leading to a runtime of 146 minutes that feels even longer. Also, given that this the second part of a trilogy, Catching Fire predictably lacks an engaging beginning and a satisfying end. This probably won’t turn off those who’ve read the book – it didn’t bother Godson No.4 one bit – but is there anything to encourage their parents?

The Hunger Games series remains valuable food for thought for teens on a whole range of issues from the sanctity of life to the morality of entertainment. In particular, the film's heroine now has to decide whether it’s better to pursue peace by conforming to her society’s expectations, or stand for what is right and risk becoming an outcast. But the theme that interests me most as a Christian is its investigation of the link between actions and affections.

Katniss’ pre-games boyfriend Gale – Neighbours’ Liam Hemsworth – is far from happy about the charade our heroine is acting out with Peeta. On the eve of their national victory tour it leads to a moment of tension:

Katniss: Are we going to do this again? It was an act!
Gale: A convincing one.

Gale is certainly the one whom Katniss feels strongly about, but his character is wise enough to realise that there is an intrinsic link between actions and affections. C.S. Lewis once noted that because our spirits inhabited bodies, whatever we did with one affected the other. For better or worse, what we play at being we actually become, because pretending involves doing, and doing is the essence of love.

In the case of Catching Fire, the more Katniss pretends to love Peeta, the more she finds to love about him. Likewise, we may think that doing things that displease God are no great concern, but it is the repetition of those things that actually threatens to change our hearts. However, the opposite is also true. It is the pursuit of holiness that actually trains our hearts to love God more – the more I seek to please God, the more I find pleasure in seeking Him.

Catching Fire’s actions-beget-feelings philosophy runs completely counter to the general opinion that feelings are the foundation of any relationship. Katniss and Peeta’s story argues that shared experiences, common goals and sacrificial service are actually what bind people together in love. But as Christians we’re already ahead on that point. It was Jesus who forged the strongest link between love and deeds for us: “Greater love has no one than this, that someone lay down his life for his friends.” 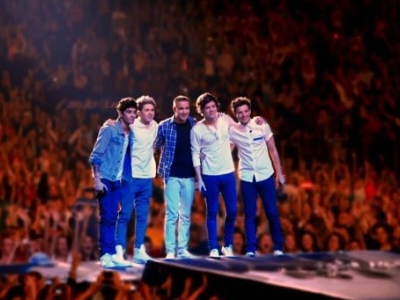 The One Direction movie through the eyes of a parent

Find out how Jodie McNeill coped when he took his teen girls to see a feel-good film about a boy band. 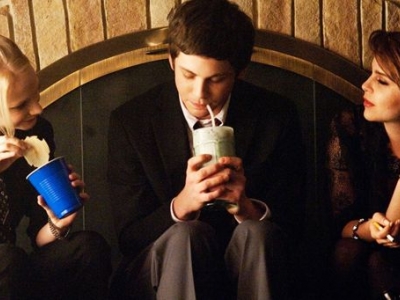 The Perks of Being a Wallflower: Movie Review

A movie capturing the universal adolescent feeling of being both lost and found. 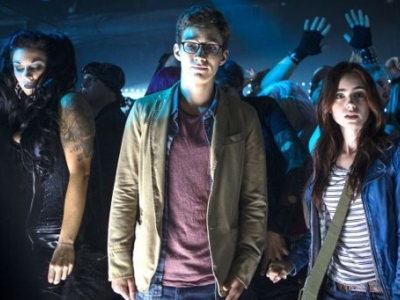 Ready for another story about a teenage girl falling in love with a pale-skinned boy from a world inhabited by vampires and werewolves?
ADVERTISEMENT